The "perfect" E-Touring Bicycle ... where is Surly?


I have always appreciated the Surly Team for setting a standard for Touring Bicycle with the Long Haul Trucker.  Over time, they added a Disc Trucker and optional wheel sizes.  For 10 years, I have used the original Long Haul Trucker as my go-to touring bike that was reasonably priced. During my thousands of miles of travel, it was the most common Touring bike I encountered.
It simply did a great job as a touring bicycle.

With age, I was drawn to the E-Bike option.  In 2016, I contacted Surly to see if there were plans to have a E-Bike Frame option for a Touring Bike or Treking Bike. I was hoping for a Long Haul Trucker or a Troll.  Surly replied that the did not have anything in the pipe line.

Too bad for me.
I was expecting Surly to lead the way as I saw the demand for E-Bikes in the USA starting to increase.  I then had to look for E-Bikes and selected a Felt E-Bike that I configured as a Touring Bike. But it is missing mounts on the front fork and only one mount for water bottle.

The Electric Bike Review is a great source for information on E-Bikes. Recently, a few members of the Electric Bike Forum recommended a "Touring/Trekking Forum".   A new Touring/Trekking Forum was added and E-Bike Touring information sharing began!   A quick review of the comments showed that many people that have been Bicycle Touring for years are like me, getting a little older, and appreciate the E-Bike Pedal assist as they continue to Tour and enjoy bicycling.  It takes the edge off of hills, opens routes, extends daily distance. 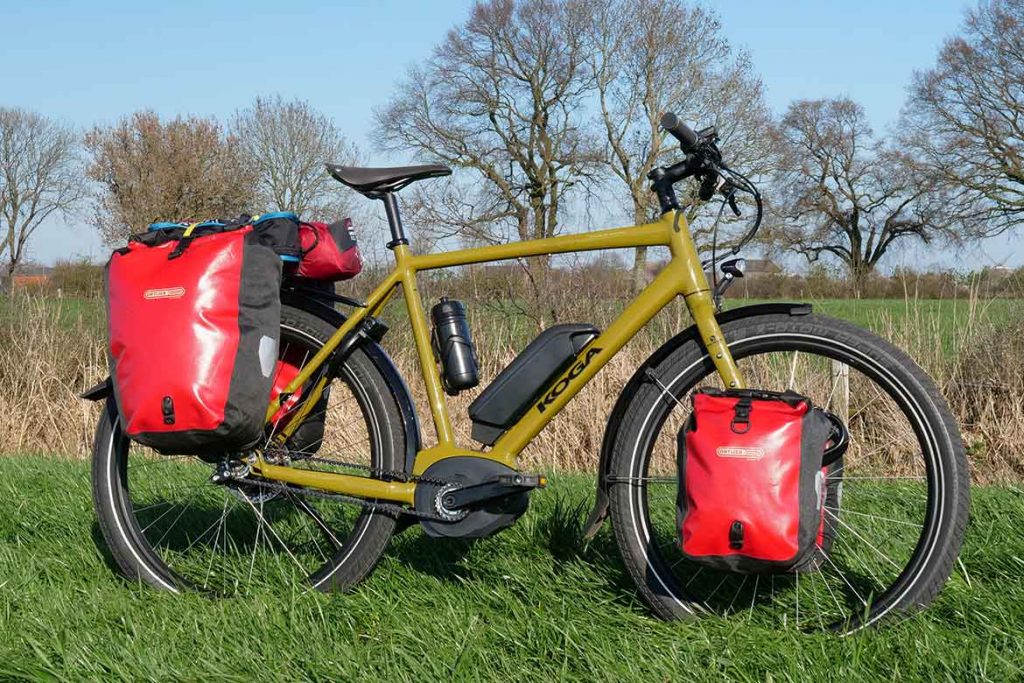 But what was missing was an Touring Bicycle from the USA.