2,000 Miles on the Felt Sporte with Shimano Steps 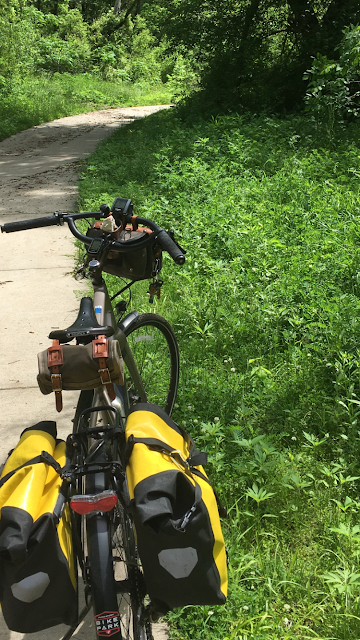 It is a very good bicycle and takes the strain of the long hills and routes that were previously avoided.   With a few modifications from the standard, I have the setup just like I wanted.

For Touring bike the things that are missing:
- The front fork does not have mounts for extra bags or water bottles.  With only one water bottle mount, it is necessary to carry additional water in the pannier or strapped to the rear rack.
- I would prefer mechanical brakes and not hydraulic brakes for easy repair.  The hydraulic work fine, but hard to do any needed repairs on the road.
- I would like to have an additional battery mount to reduce the 'range anxiety.'
- a USB connection to the battery would be nice to be able to charge cell phone and/or accessories.
- Spare spoke holder (instead of having to tape a couple of spare spokes to the chainstay).

Still waiting for:
- Better range and smaller batteries
- Smaller less weight and faster battery charger
- built in battery changer so a larger charger does not need to be carried in a bag or pannier.
- Some battery size options for the additional batteries for touring.  A smaller weight & size battery that would give 10-20 miles of riding would be great to have while touring.
- Solar charge battery option that would charge a second battery while riding.  Great for touring.

Shimano STEPs System:
The Steps system is easy to use, not much noise and provides an "okay" range.   In hilly areas, I was able to travel about 40 miles mostly in ECO mode, switching to HIGH on the steeper grades.  The increase in speed over my non-E bike is about 4 miles an hour... which allows distances to be travelled to be greater. 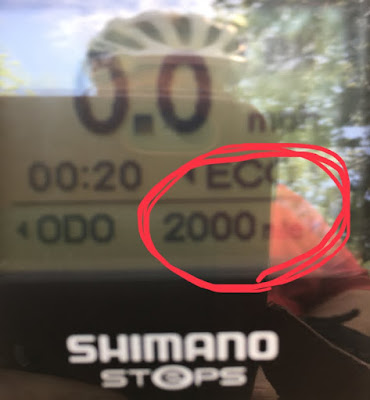 I have not have the STEPs System updated since I purchased the bicycle a year ago.  I probably need to have the Local Bike Shop do that.  I takes a specific Shimano part to do the update.

Developing Issue with the Shimano Display unit:
Starting at about 1,900 miles on the Shimano STEPs system, The display went blank, turned off for no apparent reason.  The Battery light remained on, and the lights (front and rear) remained on.  Depressing the on - off button on the battery did not resolve the issue.  What did resolve the issue was to remove the display from the display mount, then putting it back into the mount.   This has happen three times in the past 100 miles.   Each time, removing the display then re-mounting it resolved the issue.  When it happened the third time, I removed and re-mounted the display while still riding and this resolved the issue.  I am not sure what the cause is.  Perhaps a wiring issue shorting out the display, faulty contacts on the display and/or mount.  I will continue to watch... but at least if it fails, the bicycle still can be pedalled without assist... just a little be slower.
at May 26, 2019